Get Away From It All In Innsbruck’s Undiscovered Valleys

Innsbruck is so much more than a city. Escape to the mountains and visit these beautiful undiscovered valleys.

Innsbruck is so much more than a city. Nestled in the surrounding mountains are some beautiful valleys, undiscovered by most visitors and perfect for escaping the hustle and bustle of the city down below.

So if you’re looking for a relaxed day out, here are three amazing valleys to experience this summer.

The Hundstal Valley (or “dog valley” in German) may only be a short drive from the city, but you’ll feel a million miles away. Starting in the village of Inzing, the valley winds up the side of the mountain all the way to the fabulous Hundstalsee lake, which may well be the most picturesque lake in the Innsbruck region.

Now that is a beautiful lake. ©Danijel Jovanovic

It takes several hours to walk from Inzing all the way to the lake. However if you fancy a shorter tour, you can also e-bike or drive up to the charming Inzinger Alm, and then walk the last two hours up to the lake. This last part is pretty steep, but the views are absolutely worth it.

And be sure to keep an eye out for the Apollon Temple, a wonderfully weird stone tower built by local artists Robert Tribus and Heinz Triendl.

Bet you didn’t expect to see this here. ©Danijel Jovanovic

On the train line between Innsbruck and Seefeld, there’s a small station called Hochzirl. Hochzirl is the starting point for many great hikes, and the best of these is the Brunntal Valley.

The Brunntal is maybe a little less spectacular than the other two on this list. But I like it for three reasons. Firstly, it’s very easy to reach on public transport. Secondly, it’s full of cute little weekend cabins owned by locals (my new goal in life). Thirdly, it ends with the amazing Neue Magedeburger Hütte mountain hut, which has great food, great animals (such as the llama below), and you can sleep there overnight.

The forest path from Hochzirl to the Neue Magdeburger Hütte is also particularly good for biking. But don’t expect any flat sections on the way up.

The Lüsenstal Valley really is Innsbruck’s hidden gem, and probably one of my favourite places in the area. It’s located in the larger Sellraintal Valley, starting in the little village of Gries im Sellrain. But the most awesome part of the valley is right at the end, where you’ll find the spectacular Lüsener Ferner glacier. 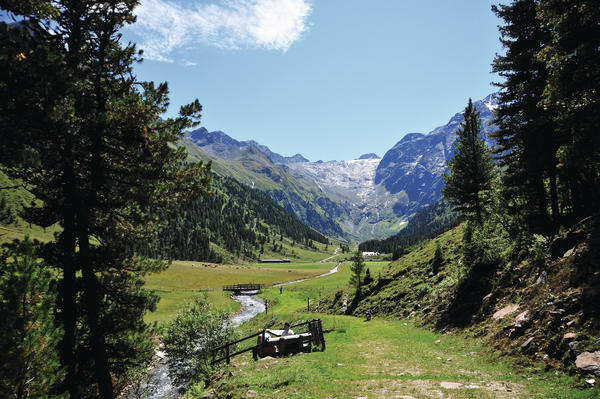 Probably one of the nicest valleys in Austria. ©Innsbruck Tourismus

There are plenty of hikes throughout the valley, and it’s also part of the Sellrain Hut Trail, an awesome multi-day hike between different huts in and around the Sellraintal Valley. The Westfalenhaus hut in the Lüsenstal Valley is one of the highlights of the tour and well worth a visit. 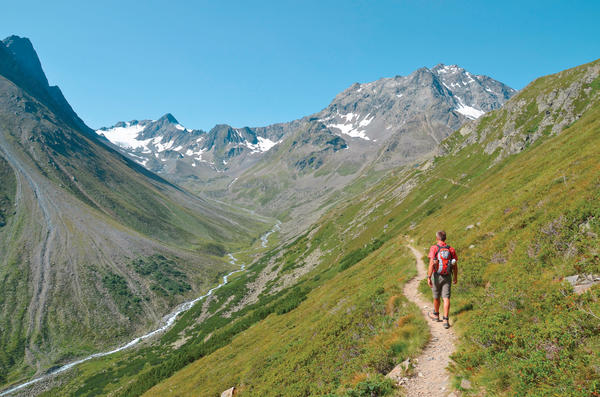 Get away from the crowds in the Lüsenstal Valley. ©Innsbruck Tourismus

Traditional Tirolean Liqueur made with the gift of Nature: Zapfenstreich

Skiing, hiking, swimming: Fiona has a love of all things mountain. Which is strange, considering she spent the first 20 years of her life in one of the flattest parts of the UK. But one exchange semester in Innsbruck and Fiona realised what she’d been missing.